Mind Over Music In Practice 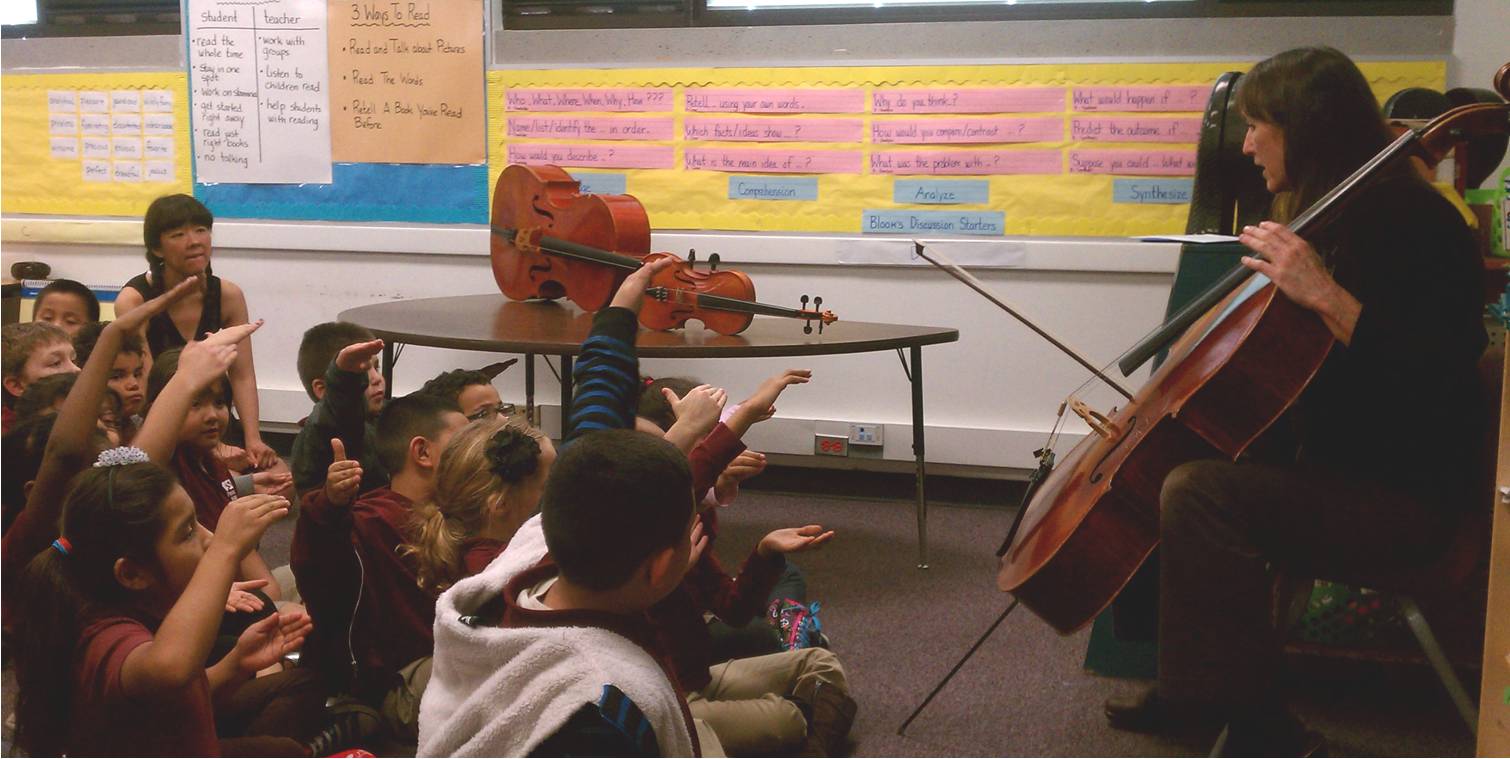 Ms. Sin worked with Symphony cellist Laurie Selby, to develop her Mind Over Music unit around musical instruments as a subject of scientific inquiry. Prior to the cellist’s arrival in the classroom, students had explored the fundamentals of the inquiry process.

Students then embarked on a multi-week unit of exploration, observation and scientific testing. 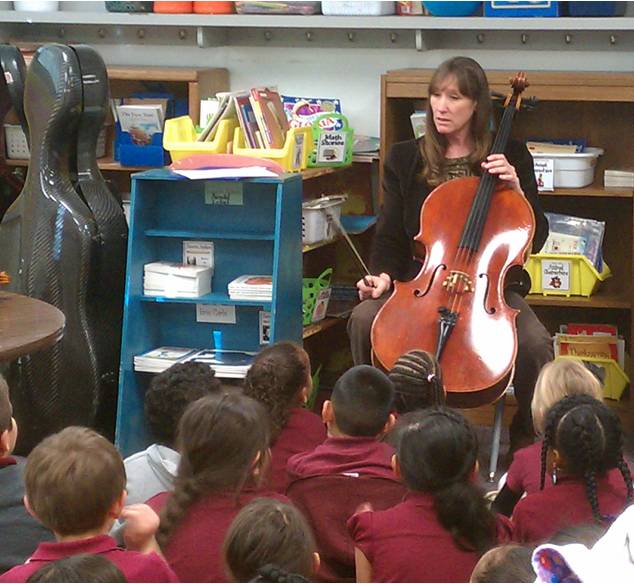 Musician Laurie Selby introduced students to the cello, reinforcing inquiry skills by having them make predictions and form hypotheses about how the cello is engineered, operates and produces sound. Students asked questions about the type of wood used to make cellos, why “holes” were carved into the top of the instrument, how the tuning pegs worked and how the bow made the strings vibrate. 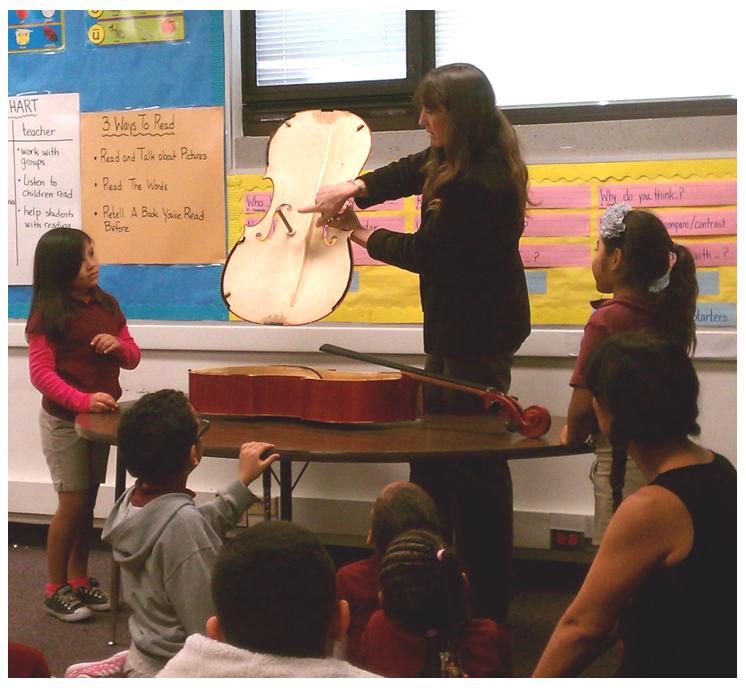 In addition to playing several musical selections demonstrating the cello’s pitch, tone and dynamics, Selby also presented students with the “Velcro Cello,” a specially designed instrument used to further understanding about the science of sound. The top of the Velcro Cello pulls apart, allowing students to see the interior of the instrument, and learn more about vibration, amplitude and how sound resonates. 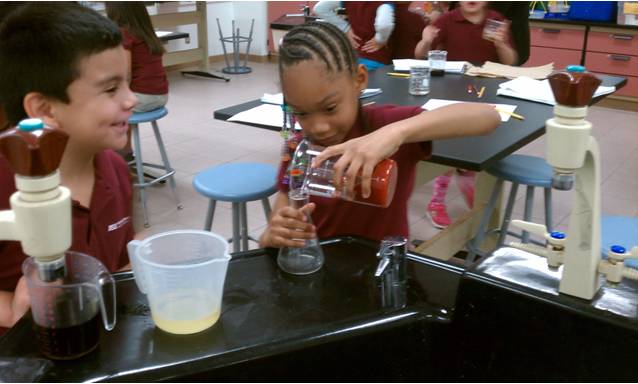 The unit culminated with Ms. Sin and her students in the science lab engineering liquid xylophones. Building upon the knowledge learned from cellist Laurie Selby, students made connections between changes in pitch and the scientific term “density.” Using glass beakers, students were given syrup, ketchup, oil and water. They were first asked to make predictions about the density of each liquid and how it would impact the highness or lowness of the pitch it produced when the glass beaker was struck. 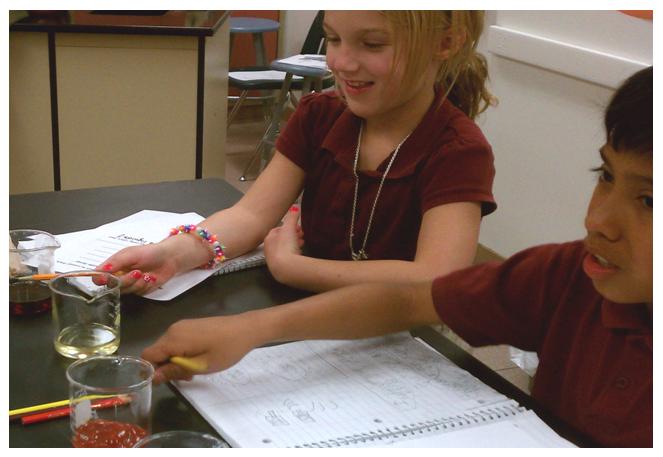 Next, students were assigned to work in small groups, first filling individual beakers with each liquid and then experimenting with sound and pitch by striking beakers with pencils. They recorded their findings on a graphic organizer, noting which liquid produced a low pitch vs. high and how the liquids ranked in order from highest to lowest pitch. Students were then tasked with physically arranging their beakers in a horizontal line according to density and pitch in order to create a xylophone. Groups were then given guidelines on composing a short musical composition with varying pitches, using their glass beakers and pencils as instruments.

Mind Over Music employs internal treatment and control groups. All teachers taught the same science vocabulary and used hands-on experimentation. The only variable was that students in Ms. Sin’s class were taught the scientific inquiry process through the lens of music, while other 2nd grade classrooms at ASU Prep learned the same information but without music.

On the vocabulary section of the assessment measuring knowledge of terms, such as “classification,” “prediction,” and “observation,” students in Ms. Sin’s class scored an average of 9% higher on the assessment than students in the other classrooms.

On the logic portion of the assessment in which students were given story problems and asked to identify which scientific inquiry processes were in use or could be employed, Ms. Sin’s class scored an average of 31% higher than other classrooms.