Bruce Pulk was born on Beethoven's birthday in Detroit in 1950. 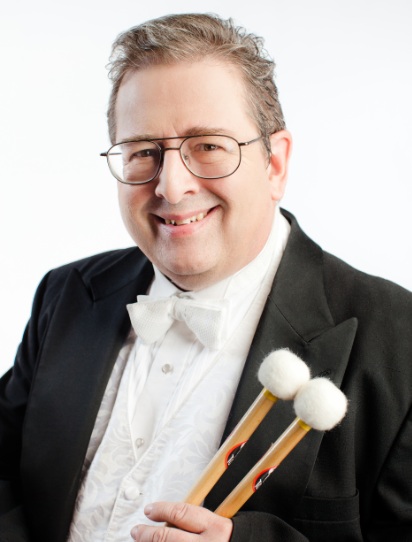 Early training on piano was supplemented with percussion studies in fourth grade when his piano teacher expressed concern about his rhythm! Pulk's fifth grade band director, Carl Karoub, was so impressed with Pulk's progress that he successfully obtained a scholarship for private lessons with Salvatore Rabbio, principal timpanist with the Detroit Symphony.

Most of Pulk's summers were spent at the National Music Camp at Interlochen, Mich., while junior and senior high nights were spent playing in various youth symphonies and local orchestras.

While at Interlochen, Pulk won a full tuition scholarship to the University of Michigan where he studied with James Salmon and Charles Owen. Further playing experience was obtained through the University of Michigan Band and Orchestra programs, and professional experience as solo timpanist with the Flint Symphony, Detroit Chamber Orchestra, Toledo Symphony, Jackson Symphony and two summers with the Colorado Philharmonic.

Pulk's avid interest in the art of music can be further demonstrated by his enormous record and CD collection supplemented by his large collection or orchestra scores.

Pulk lives in Chandler with his wife Mary Ann and their two sons.