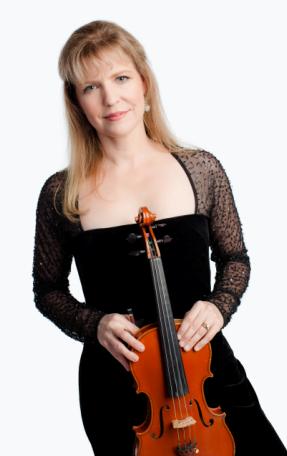 In 1990 D'Avanzo won a position with the New World Symphony(Miami Beach, FL) with Michael Tilson Thomas but was only there two weeks: when the orchestra tour to Spain was cancelled due to rain, she took advantage of her unexpected free time to fly to Arizona to audition for the Assistant Principal Second Violin opening in the Phoenix Symphony. She was awarded the position and joined the orchestra immediately. When the opportunity arose, she auditioned for and was awarded the position of Assistant Concertmaster.

Other credits include engagements with the Santa Fe Opera Orchestra, The Arizona Opera Ring Cycle in Flagstaff, the Utah Opera Festival and a live performance on Prairie Home Companion.

D'Avanzo plays a fine violin made by her brother, David Folland, one of America's finest young luthiers. She lives in Ahwatukee with her husband Michael, a TPS cellist, and their two young daughters Amelia and Elena.