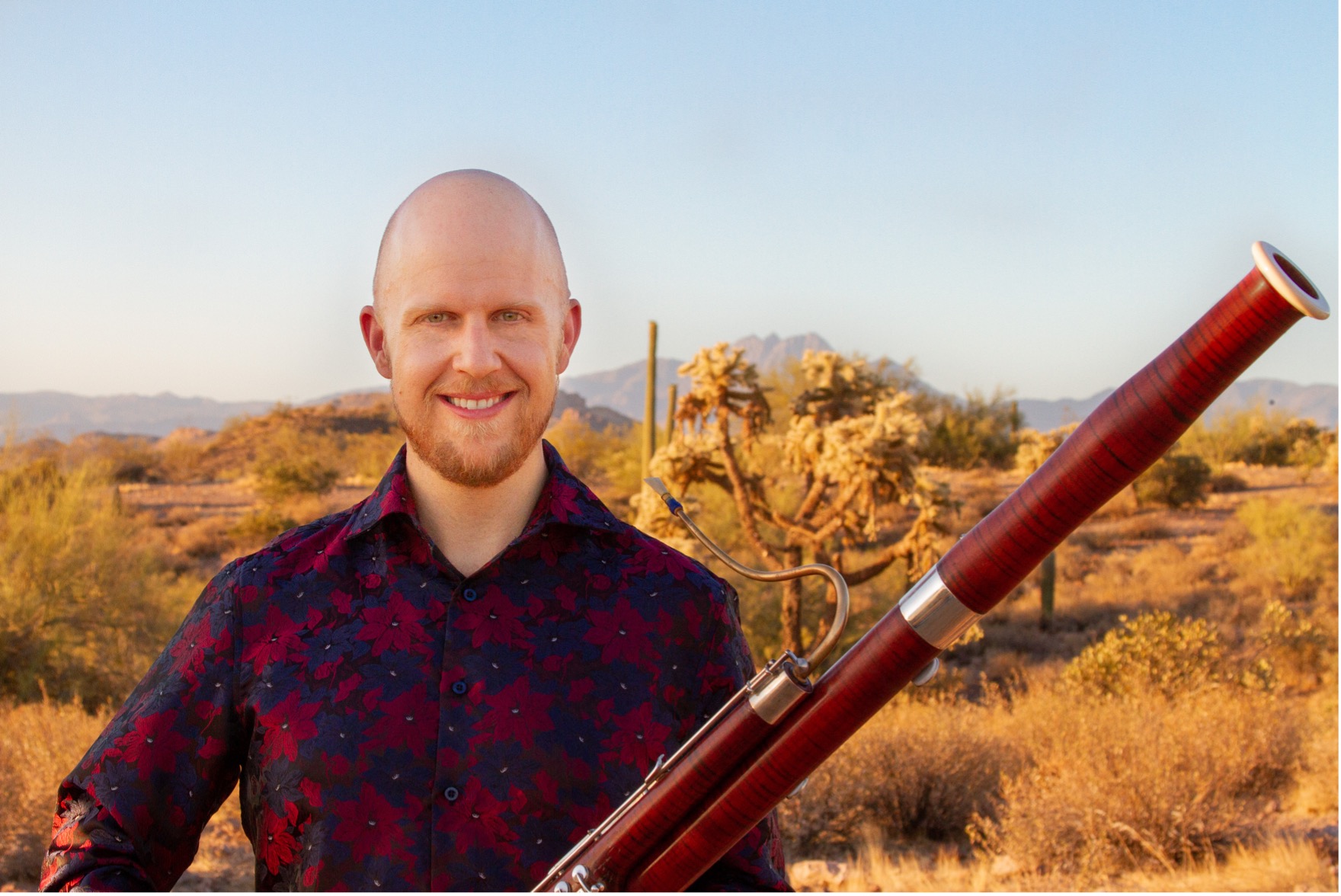 Douglas Brown joined the Phoenix Symphony as Principal Bassoon in September of 2018 and has served as Instructor of Bassoon at Northern Arizona University in Flagstaff since the fall of 2020. Prior to moving to Arizona, Doug resided in the San Francisco Bay Area performing and recording frequently as a guest with the San Francisco Symphony. His discography includes Alban Berg’s Three Pieces for Orchestra, Op. 6 and Hector Berlioz’s Le Grande Messe des morts, Op. 5 under the leadership of Michael Tilson Thomas. As a highly sought-after bassoonist in the Bay Area, Doug also maintained a robust teaching studio. Some of his students had the honor of serving as members of the San Francisco Symphony Youth Orchestra and he served as Lecturer of Bassoon at California State University, East Bay, presenting regular outreach performances.

A native of Red Lodge, Montana, Doug completed his studies with Whitney Crockett at the Juilliard School in New York City in the spring of 2009. Doug's most influential teachers have included Susan Wadsworth, Whitney Crockett, Sue Heineman, Steve Paulson, Steve Dibner, Carl Rath, and Eric Stomberg. With members of New York City's Metropolitan Opera Orchestra, he recorded nonet selections from Beethoven’s opera Fidelio issued on the Oboe Classics label in the fall of 2007. Doug has performed as a member of the orchestra at the Utah Festival Opera and Musical Theatre Company in Logan, Utah since 2010. He shares his home with his spouse, Wesley, who is a Chaplain at Banner – University Medical Center Phoenix, along with their two affable and enthusiastic pups, Zoe and Ansel. Wesley and Doug are both lovers of the outdoors and are particularly fond of hiking and camping in the National Parks and Monuments, making frequent trips to the remote desert southwest.