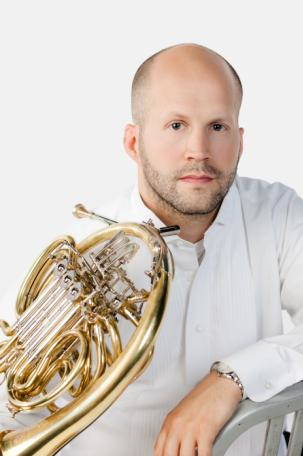 Along with his orchestral duties, Mr. Kovach has been a member of many prominent festivals. For three consecutive summers he was a participant of the prestigious Marlboro Music Festival in Vermont where, during the summer of 2003, Mr. Kovach and four of his colleagues founded the Sonoro Winds, making their debut performance at the 92nd street Y in Manhattan. Additionally, he has participated at the Norfolk, Sarasota, Verbier(Switzerland) and Casals Festivals. Also enjoying an active teaching role, Mr. Kovach has given clinics and masterclasses at universities such as New Mexico State University, The University of Arizona, Arizona State University and The Interlochen Arts Academy.

In 2001 Mr. Kovach had the honor of being invited to record a world premiere with the National Polish Radio Symphony Orchestra, Esquisses en désarroi, rhapsody for cello, french horn & orchestra, with cellist Inbal Segev and composer Max Schubel.

Recently Mr. Kovach has begun the exciting process of developing his own line of French Horn mouthpieces, through master craftsman David Houser at Houser Mouthpieces. And, after the culmination of a 2-year project, a newly designed Triple Horn with master horn builder Jim Patterson at Patterson Hornworks. It is this combination that Mr. Kovach uses on stage and in concert.

After being awarded a Bachelor's degree from the Curtis Institute of Music, where he studied with Myron Bloom and Barry Tuckwell, Mr. Kovach received his Masters Degree at The Juilliard School, studying with both Julie Landsman and Jerome Ashby.