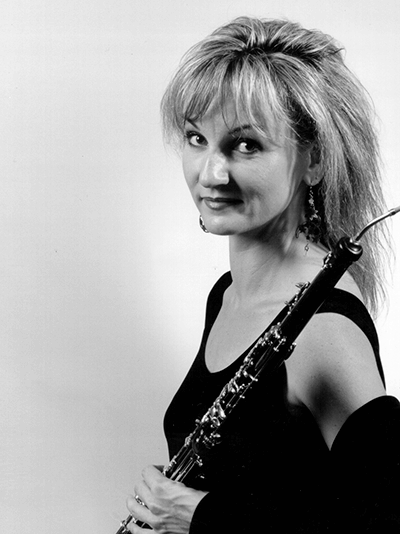 A native of Ann Arbor, Mich., Paula Engerer is a graduate of the Indiana University School of Music, where she was a scholarship student of Jerry Sirucek. Presently, she is the english hornist/assistant principal oboist of The Phoenix Symphony.

Paula is also the solo oboist and english hornist for the Nashville Chamber Orchestra, where she has been featured on the organization's first CD under the Warner Bros. label performing Samuel Barber's "Canzonetta" for oboe and strings. She can also be heard on the NCO's latest CD performing as a soloist in Aaron Copland's "Quiet City" for english horn, trumpet and strings.

Previous to her position with The Phoenix Symphony, Paula held a one-year position as the english hornist/assistant principal oboist with the Florida Orchestra in Tampa. Most recently, Paula has spent her summers performing in the Cabrillo Music Festival in Santa Cruz, California.